The Houston Outdoor Group is a welcoming place for Houston’s diverse LGBTQ community and for those who are its allies.  The organization has been around for over thirty years, and during that time has been a safe place for hundreds of people to find friendships while participating in a wide variety of activities.  We have members who have been a part of the group since its beginning and we have members who have just joined this year.  We have had people come to the Houston Outdoor Group just as they were toying with the idea of coming out of the closet and needing a non-threatening place to test the waters. We have had others who have been out for years and were just looking for a fun group of like-minded people to hang out with. We have had members in their 20s and members in their 80s.
We have a membership representing a broad range of ethnicities.  If you’re looking for a place to fit in, chances are you’ll fit in with us.

The Houston Outdoor Group is organized and led by its members.  Any member can organize an event and invite the other members to participate.  In the past we have had people organize camping trips, canoeing trips, hikes, game nights, potluck dinners, breakfasts, lunches, bowling nights, nights at the Miller Outdoor Theater, nights at the Alley Theater and Stages, Caribbean cruises, strolls through downtown, tours of the ship channel, afternoons in Galveston, beach gatherings, weekends at Lost Maples State Park, trips to the zoo, walks through the Japanese Gardens, performances at the Asia Society, walks at the Arboretum, visits to Enchanted Rock, trips to Pedernales Falls State Park, pool parties, and on and on the list could go. We’re pretty much a group where if you like to do something and you want other people to join you in that activity, you can organize it and people will join you.

Even though the word ‘Outdoor’ is in our name, activities are not limited to the outdoors.  The main thrust of the group is comradery; finding a community where you can fit in; finding friends.  This group has been great for me in that respect.  The man who is now my husband came as a visitor to a group sponsored pool party a little over four years ago and we were married in December of 2017 with several Houston Outdoor Group friends as guests at our wedding.  We were not the first couple to have met and married as a result of joining this group. We’re not a dating club, but you never know who you might meet.

Take a look at our newsletter.  Give us a try.  You’ll find some good quality people here.

A Message from our President 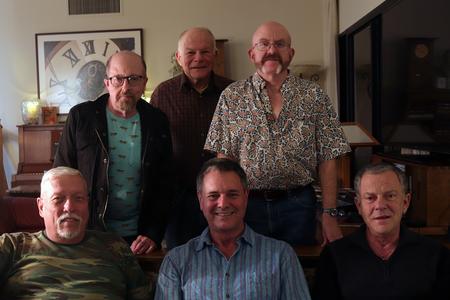 Websites for places we go